Welcome to our CHEATfactor Game Review of Shadow Tactics: Blades of the Shogun. We review the game and then factor in how the available cheats affect the overall game experience. For better or worse, our reviews will help you decide whether or not to use cheats when playing the game.

One of my favorite parts of my job is easily when a game takes me by surprise. When I'm not expecting anything and I end up spending hours with the game beyond what I need for review. Shadow Tactics: Blades of the Shogun is that type of game. It's a stealth based tactical strategy game that we haven't seen in quite some time, and while it's not perfect; it is damn rewarding when you complete it. Challenging every step of the way, Shadow Tactics is a welcome surprise to the end of 2016. 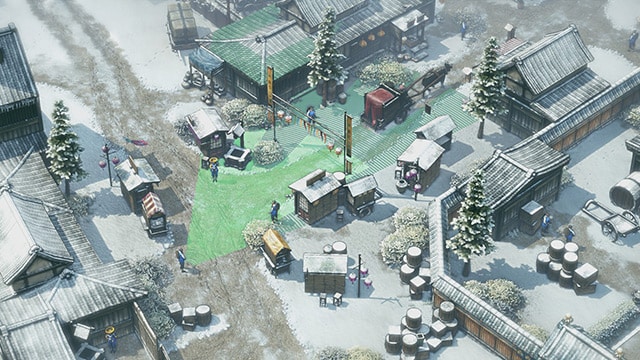 Taking place in Edo-period Japan, Shadow Tactics puts you in command of a series of freedom fighters who looking to bring peace across the nation. It's a turn based strategy game at heart but there's so much more going on here. Younger players will likely compare the game more to a game like XCOM 2, which isn't a terrible comparison, but those who have been around for a bit may see that the game is very familiar to a few games you likely haven't even thought about in a while; games like Commandos 2: Men of Honor and Desperados: wanted Dead or Alive. It's great to have the “genre” back, but Shadow Tactics goes above just resurrecting a formula that's long been dormant. It's a fast paced, often unforgiving game that's rewarding as hell when you come up with a plan and play it out to perfection.

For those younger players who may not be familiar with the games listed above, you control a squad of different characters, each with their own specialties and weaknesses. The key here though is that while you're issuing separate commands to characters, you're controlling each character at the same time and each character's action has a direct effect on the next one. Say for example you're trying to sneak past a series of guards into a restricted area. You would need to get their attention while still ensuring that each character has someone watching their back. It can be a daunting task too as each level of the game asks you something different and changes the formula slightly to ensure it stays challenging. Shadow Tactics challenges players to come up with a plan and stick to it, and damn is it rewarding when doing so.

What I found most rewarding about the game is that it truly does reward players who take the time to understand the rules of it's world. While the game does introduce new mechanics frequently, it never changes how those mechanics work. What gets a guard's attention, how long does it do it. I love getting a plan together and seeing it through to completion and Shadow Tactics rewarded me for that. Thankfully though, the game offers a pretty generous quick save system that allows you to experiment quickly and freely without much punishment if...and when it doesn't work out. 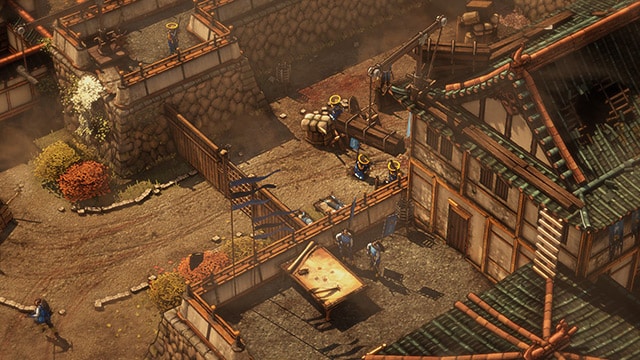 There's a pretty steep learning curve that comes along with all of that strategy though and it may be too much for some. I failed...a lot in Shadow Tactics, and you likely will too, but those who stick it out and figure out the game's brand of puzzles are sure to be rewarded. Luckily the game gives players great tools to try to figure those puzzles out. At nearly any time you can zoom out to an overhead view to look what lies ahead of you and figure out a plan. There's nothing worse than getting past one obstacle only to run right smack dab into another. I've said it before in this review but save often, trust me, it'll save you many headaches in the long run.

Another area where Shadow Tactics soars is with it's presentation. Featuring an almost water color style, each mission looks stunning and the game's sound and music are a great combination. With that though come some of my only complaints about the game, the load times when you're initially going into a level are nothing short of atrocious, sometimes taking up to two minutes to complete. There were also a number of times that I encounter game breaking bugs that sent me crashing back to the desktop.

Shadow Tactics: Blades of the Shogun is easily one of my most surprising games of the year. I hadn't been paying attention to it throughout the year but it's definitely taking up my time now that I've experienced it. If you have the patience to fail over and over again in the hopes of creating that one super rewarding plan you can't go wrong here.

Overall: 8/10
Presentation:
8
Gameplay:
9
Lasting Appeal:
8
CHEATfactor:
8
CHEATfactor
CHEATS USED: Invisible, Unlimited Items/Bullets, No Action Cooldowns, more
When playing a stealth game, there are no sweeter words in a trainer than invisibility. Using the cheat you're able to move around the world like a badass and complete your missions with little to no resistance. Combine that with the cheats for unlimited items and no cooldown and you no longer even need a plan for the game, you can just do whatever your badass self wants.