CHEAT HAPPENS RELEASES WORLDS FIRST TRAINER WITH RGB SUPPORT. NOW YOU CAN SEE WHAT CHEATS YOU HAVE ENABLED!
We have 27,308 trainers for 6,749 Games. Get them all with Cheat Happens Premium!
LOGIN | SIGNUP

Welcome to our CHEATfactor Game Review of Watch Dogs 2. We review the game and then factor in how the available cheats affect the overall game experience. For better or worse, our reviews will help you decide whether or not to use cheats when playing the game.

For a game so concerned with talking about identity in the digital age, Ubisoft's Watch Dogs 2 has a surprisingly large identity problem. While unquestionably better than the original Watch Dogs in nearly every way, the sequel seems literally unable to commit to many of the ideas it introduces and the result is a game that's worth playing but still manages to be forgettable. Still, you can't ignore just how well Watch Dogs 2 takes the ideas the original introduced and turns them into something that feels fresh, fun and new. 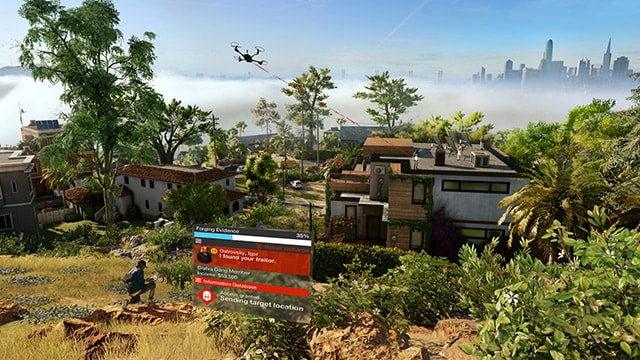 If you didn't know that Watch Dogs 2 was part of the same franchise as the original, it'd be pretty hard to figure out. Gone is melodramatic anti-hero Aiden Pierce and Chicago in favor of young Marcus Halloway, a young and often too confident hacker extraordinaire in San Francisco. Marcus and his Dedsec allies are looking to take down big brother the only way they know how, through hacking and social media. The game presents them as modern day digital robin hoods, stealing from the rich and giving to the poor but they just end of stealing...from everyone. It's kind of hard to get behind a campaign when I'm supposed to be caring about the little guy but I can hack into nearly everyone's bank account and steal from them, be it a bank executive that I can take thousands from or a janitor that with $10 to his name.

There's no question that Ubisoft heard players complaints about the dark and almost whiney tone of the original Watch Dogs and they've addressed it, but almost to a laughable level.  Marcus and his group of hackers are far less melodramatic but they're almost parodies as a result. They speak in “leet speak” and talk about their followers while their hideouts are covered in spray painted buzz words like “pwn” and “noobz.” It's like Ubisoft looked to shows like Law and Order for what a Hacker should be.  There are moments here that are entertaining enough but I couldn't help but roll my eyes at most of game's plot.

That same problem in tone is prevalent throughout Watch Dogs 2's campaign. Underneath all of the hacking, this is pretty much your standard open-world third person action game using the same formula that Grand Theft Auto III popularized over a decade ago. You'll be stealing cars, blowing stuff up and making life hell for those who stand in your way (and those who happen to unfortunately be in your way physically). While Watch Dogs 2 does give you access to a ton of cool features and different ways to complete its missions, most of the time you're still going to be resorting to extreme violence to get things done and it's a bit alarming how the game portrays Marcus and the rest of Dedsec as not even grasping the weight of these huge action scenes happen. One scene their exchanging bullets with police in a busy section of Downtown San Francisco and the next they're joking around about the latest trailer they need to watch. It's a bit unnerving, especially since the group and Marcus especially is presented as such a likeable guy.

Still though, it's hard to argue that when Watch Dogs 2 is good it's downright great. The game's virtual San Francisco is an admittedly condensed but still incredibly large and mostly faithful representation of the city by the bay. I've always been amazed that more games don't use San Francisco as a setting, it's hills and tight turns are perfect for a number of action set pieces and car chases, which Watch Dogs 2 never shies away from. The game's version of San Francisco is impressive and while it does take some creative liberties (seriously, I never noticed that many ramps over freeways before), it does feature all of the major tourist attractions and even some local flavor. As someone who's spent a considerable amount of time in the city, I couldn't help but be impressed by the level of detail put into the city including the insides of settings like Alcatraz, which you can visit in its entirety.

...at it's best when it allows itself it have fun with it's premise. 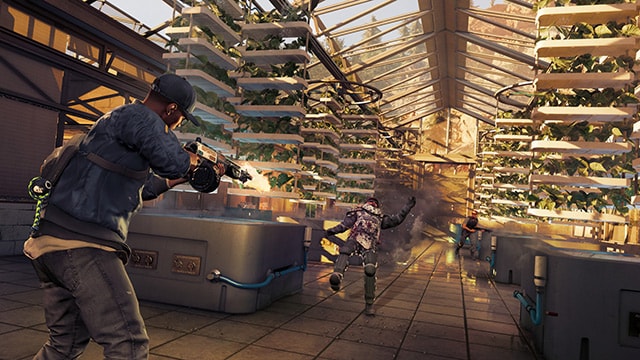 There's no doubt that Watch Dogs 2 is at it's best when it allows itself it have fun with it's premise. Much like in the original, you're given access to a number of hacking abilities that allow you freedom in how you complete missions or how you just muck around the city. Most of these hacking abilities are brought back from the previous game but they're put to better use here. You can now hack into cars and control them while in motion, which can make for some fun experiences. One early side mission for example I hacked into a big pharma execs phone after he raised the price of medicine super high and then began to hurl hacked, exploding cars into his front door. The second part of that sentence wasn't part of the mission, it was just a lot of fun. A good portion of Watch Dogs 2's fun is experimenting with the hacking abilities, each that can be leveled up and upgraded and just seeing what you can do.

Two key additions to Watch Dogs 2's formula are your RC car and drone, each of which can be used to access new environments and areas to hack. Like most of Watch Dogs 2's abilities, they're great for finding creative ways to complete missions but they're even better for causing havoc. You know that ability I told you about before where you can control cars remotely? Try using the drone above a busy street to wreck complete havoc on an unsuspecting city.  Watch Dogs 2 does a great job at giving players tools they may need and then letting them figure out the best way to use them.

While it never really reaches the heights it should, there's no denying that Watch Dogs 2 is miles ahead of it's predecessor in nearly every way. It's fun playground for destruction that gives you a ton of freedom, even if it's a big rough around the edges and doesn't know who it really wants to be.

Overall: 7/10
Presentation:
8
Gameplay:
7
Lasting Appeal:
6
CHEATfactor:
7
CHEATfactor
CHEATS USED: Add Followers, Unlimited Hack Power, Unlimited Health, more
It almost seems wrong to not have a trainer for a game that revolves so heavily around hacking right? Thankfully Cheat Happens supplies a great trainer that gives you the freedom to play the already wide open Watch Dogs 2 nearly any way you'd like? Want to get more followers to unlock more abilities quicker? There's a cheat for that. Want to feel like the ultimate hacking badass with unlimited hacking ability? No problem. Of course, the typical open world adventure game features are here too, like unlimited health, money and ammo.