CHEAT HAPPENS RELEASES WORLDS FIRST TRAINER WITH RGB SUPPORT. NOW YOU CAN SEE WHAT CHEATS YOU HAVE ENABLED!
We have 27,298 trainers for 6,747 Games. Get them all with Cheat Happens Premium!
LOGIN | SIGNUP

Welcome to our CHEATfactor Game Review of For Honor. We review the game and then factor in how the available cheats affect the overall game experience. For better or worse, our reviews will help you decide whether or not to use cheats when playing the game.

What it is: Knights VS Samurai VS Vikings in bloody battle. On the surface For Honor seems like your average 3D fighting game but there’s a surprising amount of skill and depth at work here. The game may be about huge battles between historically badass characters but it’s star is truly the stellar weapon and timing based combat that happens in those battles, and it no question steals the show.

...a successful strike is incredibly satisfying. 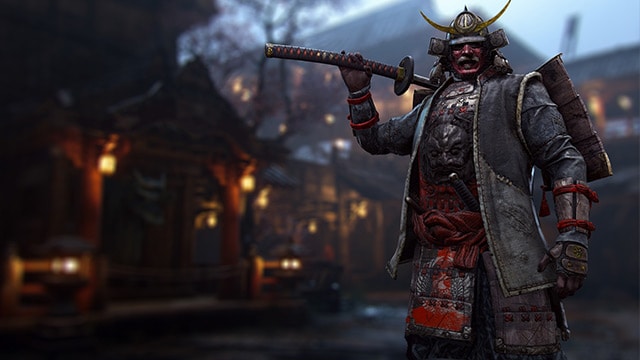 The Combat: Upon first glance, For Honor seems like any other fighting game but there’s a surprising amount of depth and skill at play here. You choose between one of three groups, the Vikings, Samurai or Vikings and wage war on the other factions. You’ll feel like a complete badass cutting through waves of enemy troops but it’s the main battles that steal the show. Here’s how it works; you can strike in any direction but your opponent can also block in any direction and it’s up to you to outsmart and go through your opponent’s defenses. What results is a constant battle, both physical and mental to outsmart, your opponent. Timing is everything and landing a successful strike is incredibly satisfying.

The best moments then are when you are out-numbered and you figure out a way to not only get out of a situation, but to truly take charge of it. As you play through For Honor and start to learn the system and its intricacies you’ll get better at everything and For Honor has a habit of making you feel like the most feared warrior on the planet.

There’s a single player campaign, and it’s actually worth playing: Like a lot of recently released games, it would have been easy for Ubisoft to release For Honor as a multiplayer only game and sell it at full price. Fortunately though, the game not only has a dedicated single player mode but it’s also actually worth playing. It takes you through stories from different factions of each playable character and though it’s short (it can probably be played through in a day if you really try), it’s at least interesting to play through. At times it feels just like practice for the game’s multiplayer modes but it’s the absolute best way for you to learn the game’s combat and systems.  There are also a good amount of optional missions and milestones to meet as you rank up.

There’s tons of unlockables and customization: Right from the beginning For Honor makes the experience all about you. It has you create an emblem for your character and like most modern games, you;; have further customization options as you progress through the game. I’ve never been much of a collector or a completionist in games before but something about the higher level unlocks in For Honor made me want to keep playing long after I completed the main quest. Higher level characters look completely badass and you just know running into them in battle that you’re likely going to be in for a rough time.  In a year or so I can see a push for more For Honor competitions on the pro gaming circuit, and the game’s customization options are sure to make that an even cooler experience.

It takes you way out of the experience... 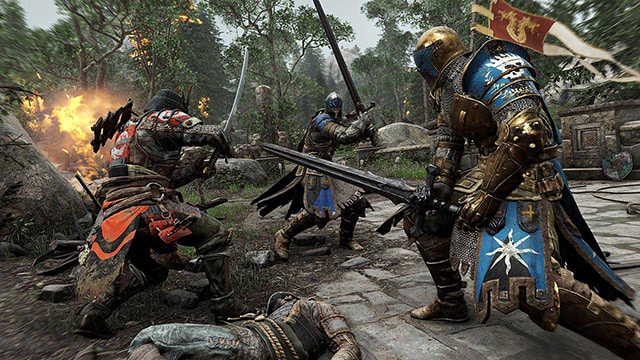 Teleporting enemies:  Ok, you can file this one in the nitpick category if you want but it really bugged me while playing. So picture yourself as a Samurai Warrior, you’re leading your troops into battle and slicing and dicing enemies. You see a new group coming down a hill toward you, weapons drawn, you head towards them and cut them down with your blade but before you can even survey your handiwork, another group instantly teleports to your location, you cut them down but there’s another one..and another. It takes you way out of the experience, at least it did for me.

Conclusion: I like For Honor a lot more than I thought I would. What appears at first to be a simple fighting game has a ton of depth and skill hidden deep inside it. Getting good at For Honor takes time and it’s damn rewarding when you do. Even better it comes packed with a dedicated single player mode for you to hone your skills in. Quite simply For Honor is a fun and rewarding experience that’s more than worth your time.

Overall: 8/10
Presentation:
8
Gameplay:
8
Lasting Appeal:
7
CHEATfactor:
0
CHEATfactor
As of this writing there are no known cheats or trainers available for For Honor. Stick with Cheat Happens for more as they become available!