CHEAT HAPPENS RELEASES WORLDS FIRST TRAINER WITH RGB SUPPORT. NOW YOU CAN SEE WHAT CHEATS YOU HAVE ENABLED!
We have 27,308 trainers for 6,749 Games. Get them all with Cheat Happens Premium!
LOGIN | SIGNUP

Welcome to our CHEATfactor Game Review of Pokemon Go. We review the game and then factor in how the available cheats affect the overall game experience. For better or worse, our reviews will help you decide whether or not to use cheats when playing the game.

I have a confession to make; I'm one of the few kids of the 90s who never played, watched or collected Pokemon. I never had anything against the series, it just never interested me. That all changed this week though when Nintendo and mobile developer Niantic released Pokemon Go; an augmented reality game that's become nothing short of a cultural phenomenon. What's all the hype about and should you believe the hype?

...you've got to capture them. 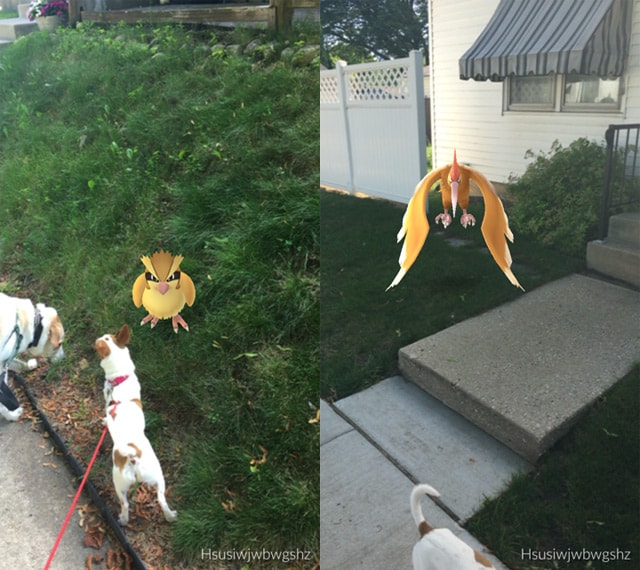 If you somehow haven't heard yet, Pokemon go is an augmented reality game that takes the Pokemon off the cards and into the real world. Using high powered GPS technology, players venture out and try to capture as many Pokemon as possible. It's really cool actually, the Pokemon are put on your phone or tablet screen as if they're actually right there in front of you and once you do find them, you've got to capture them, which is done by flicking Pokeballs in their direction. I've been playing a ton of Pokemon Go when I walk the dogs at night and the pups and I have become pretty prolific Pokemon hunters.

The great thing about Pokemon Go is that it asks you to (some people have found ways around it) actually get up and get out of the house. Sure, you can normally find some Pokemon around your general vicinity but in general if you're looking to get more, and get the bigger names you're going to need to venture out. The appeal of this is instantly clear, kids and adults aren't sitting on their couches looking at screens; they're doing so outside! But even cooler, they're conversing; driving through my neighborhood the last few days I've seen multiple groups meeting up with other groups talking about their latest adventures. The more populated an area, the more likely you'll find Pokemon and supplies there, so while I was successful walking the dogs, I was much more successful when I opened the game up in places like movie theaters (before the movie), malls and restaurants.

The problem though? Pokemon Go doesn't really tell you a lot of this, in fact it doesn't tell you much. At the beginning of the game you create your Poke-trainer, give him a name (good luck with that by the way, your name has to be different than anyone else playing the game..and there are a lot) and after a bit of very brief explanation; it's off to catching Pokemon. The best way to get in to the game is to just start walking but it doesn't tell you what exactly Gyms or Pokestops are (they let you battle and collect supplies respectively) and though you do find out pretty quickly just by walking up to things, you're pretty clueless at the beginning. There's a lot happening in Pokemon Go and the game is pretty terrible at explaining most of them. 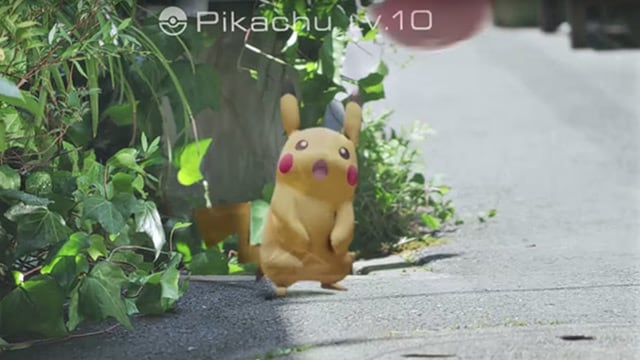 The game is also missing quite a few features as promised in it's original trailer. Though most of these features like being able to battle other trainers and trading Pokemon are promised to be addressed in weekly updates, Pokemon Go is a pretty thin experience. What's particularly puzzling though is that the developer Niantic is responsible for Ingress, the criminally underrated AR mobile game that a lot of the framework for Pokemon Go was built on. You'll have to assume that a lot of these features will make their way to the game someday but you can't deny that even without these features it's just plain fun to get out and explore, talk to people and of course, catch some Pokemon.

Of course, using high powered GPS will take a toll on your data plan and your battery. It's easy to drain both and possibly end up costing a ton of extra money or your bill if you're not careful. Pokemon Go does feature a battery saver mode but from what I could find it just prolongs the inevitable and makes your phone die just a bit slower. These are really minuscule problems though when you start to read about players not paying attention to where they're going and wandering into areas they're not supposed to be or worse, finding dead bodies or causing multi-car accidents (yes, all of those happened). Be smart with your Poke-hunting kids.

Even after all of this, you still can't deny just how fun Pokemon Go can be. It's a fresh new take on a long series and it gets people out of the house and talking to each other. What's wrong with that? It does need some updating, and it'll be a lot more fun when they add some key promised features but that shouldn't stop you from hitting the streets. Now if you'll excuse me, I think there's an Abra just outside that I really need to catch.