Welcome to our CHEATfactor Game Review of Tyranny. We review the game and then factor in how the available cheats affect the overall game experience. For better or worse, our reviews will help you decide whether or not to use cheats when playing the game.

There's a library in a nearby town that's serving as a resource to our enemies. They're learning valuable skills that could eventually make them more of a threat. It must be taken out, but there are innocent families in there, with children, should we get them out first? I pause for a brief second, only to quickly decide; burn it to the ground without warning. It's not personal, it's just my job. This in essence is Tyranny, the new RPG from Obsidian Games. It's an evil and often times depressing adventure that uses player choice and consequence better than most games in recent memory. It's definitely not for everyone but it's wildly entertaining in all of the worst ways.

...can go down some dark roads at times. 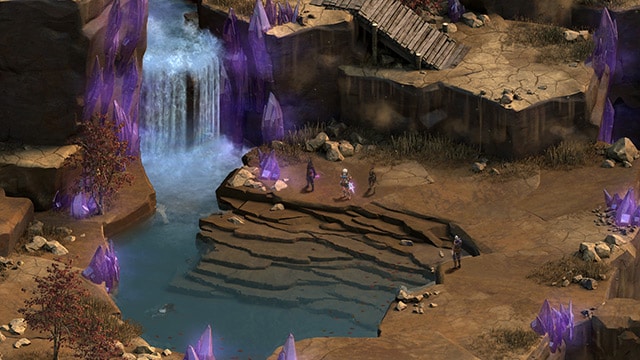 Plenty of games put you in the shoes of the bad guy, but not many do it like Tyranny. You don't control a warlord or even a commander, you're just a rank and file officer in the corps of an overlord and you're charged with stomping out the last hopes of the people and a pesky rebellion. As a result, there's a cold and inconsequential feeling to most of what you're doing in Tyranny; not in the sense that your actions don't have consequences but more in the way that nothing is personal and you're just trying to keep your job at the end of the day.  That's the goal at least but it isn't long before Tyranny confronts you with choices, none of which are your typical black or white, good or bad choices.

Just be ready because Tyranny can go down some dark roads at times. Now hear me out, I've done some terrible things in video games before and rarely even thought about it but quite frankly Tyranny made me aware of a side of my own self that I'm not sure if I'm comfortable knowing exists. Tyranny is a very text heavy game (there are some voice acted scenes, all of which are very well done) and as a result most characters, places and things have unique and rich backstories that matter in the world. One character for instance I made murder his best friend to send a message to the other rebels, right after I heard about how he's worked to make his parents proud. Fair note, I also murdered him and then threw him into the path of other rebels to ensure they got the message. Again, it's just business.

Much like it's previous works, Obsidian has crafted a tale that you're almost forced to care about in Tyranny. The world is magnificently created and nearly each character and interaction you have could mean huge changes to your play through in the long run. Carry out your boss' rule with an iron fist, sparing no lives and you'll hear people talk about how much they fear you; offer mercy and the exact opposite will happen. Each path you'll take could lead on you completely different paths with locations and entire alliances in entirely different situations and a major part of that is the choose your own adventure style story creator. Right when you start the game you're faced with choices for what your character was doing, you know, before doing evil stuff. The result is a game with tons of replay value and often leaves you wondering what would have happened if you made one slightly different choice.

...at it's best during your initial playthrough... 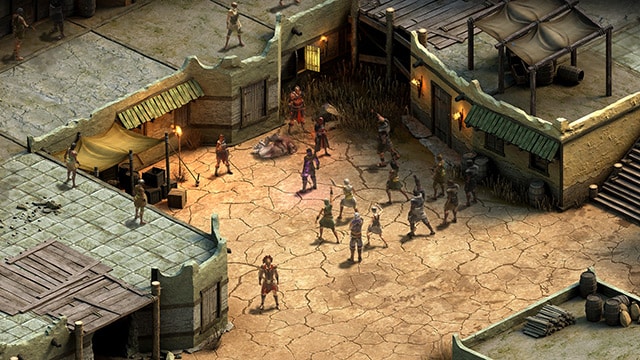 As a result, Tyranny is clearly at it's best during your initial playthrough and the choices feel more organic. Like any game with a choice system like this, my first playthrough was based on my gut feeling and reactions but subsequent runs were more based on achieving a  particular result. Sure, most of the choices aren't clear good or bad but you get the idea once you've been in the world for a while whether your choice will lead to a positive outcome or not.  In essence I was playing more for the abilities and rewards than letting the story shape itself. The good thing about Tyranny though is that there's enough content that it's not always possible to that and each playthrough challenged me with decision I wasn't expecting.

It may be easy to compare Tyranny with Obsidian's previous and most famous game, Pillars of Eternity and that's fair since the games share so much in terms of DNA but Tyranny feels like a much tighter experience than any of the studio's previous works. Combat is real time and rewarding but with the option to slow it down at any time to issue more precise commands. The game also pairs down party size to four, which I initially wasn't a fan of but made it much easier to manage inventory, skills, upgrades and other game systems.

Tyranny is one of my favorite games of the year simply because of how it treats cause and effect. It's a game that literally makes you think about what you want to be and how you want to become it. It feels like a tuned up version of the studio's previous games and that's a very good thing. Tyranny isn't for everyone but it's definitely well worth your time.

Overall: 8/10
Presentation:
8
Gameplay:
8
Lasting Appeal:
10
CHEATfactor:
9
CHEATfactor
CHEATS USED: Change EXP, Change Attribute Points, Unlimited Skill Points, more
Tyranny is a game with many different facets. It's a combat game with deep roots in it's PRG predecessors and the trainer from Cheat Happens has features for all of them. Whether you're looking to become better in combat, change your influence or simply level up your character, there are a ton of options to choose from. The trainer for Tyranny is easily one of the best of the year and makes a better game that much better.