GOING...GOING...  A LIFETIME OF LIFETIME PLUS, 2 MILLION RC, 50 PRIZE WHEEL SPINS PLUS FREE CH HOODIE!  Giveaway!
We have 31,736 trainers for 7,554 Games. Get them all with Cheat Happens Premium!
LOGIN | SIGNUP

Welcome to our CHEATfactor Game Review of Homefront: The Revolution. We review the game and then factor in how the available cheats affect the overall game experience. For better or worse, our reviews will help you decide whether or not to use cheats when playing the game.

There's a good twenty minute segment at the beginning of Homefront: The Revolution where you don't fire a single shot. Instead, you're shown around the North Korean controlled neighborhoods and introduced to the main characters in the story. It's an undoubtedly smart move by the developers at Deep Silver as they know their strengths; they've created a wildly believable world that feels like you'd expect it to, but they've done next to nothing with it. Boring gameplay and shoddy mechanics make Homefront: The Revolution a remarkably lackluster experience. There are some good, almost great ideas here but after completing the campaign, theres not a single moment that stands out to me, which, even though I didn't expect a lot, is disappointing. Sadly, when it comes to the Homefront sequel; The Revolution is a lie. 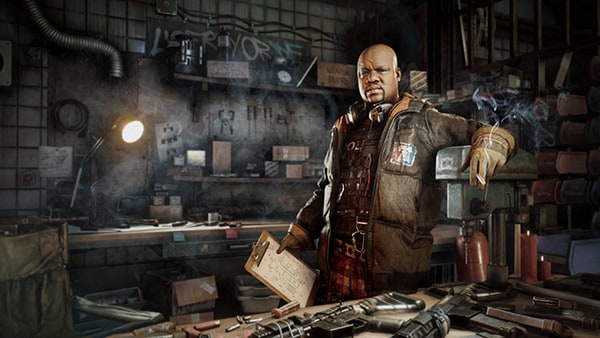 If you don't remember the original Homefront, no one will really blame you. It was 2011's most "meh" game. Here's the gist, the USA is being threatened by an aggressive invasion by the North Korean Army. What followed was a pretty straight forward and by the numbers shooter that didn't take many risks. Fast forward a few years and the sequel that literally no one asked for is a paint by numbers shooter that surprisingly takes almost no risks. It doesn't start like that though; as Homefront: The Revolution paints a very vivid picture of a country in crisis. The United States is no longer being invaded, it's under the control of the North Korean Army and it feels very much like it. There's a number of small details here that if you take the time to pay attention to, really make the world feel alive, as long as you don't look too closely. Thanks to some serious technical issues, the whole world feels a lot like a movie set that falls apart if you push too hard.

Unfortunately, Deep Silver does little to nothing with the world it's created in Homefront: The Revolution. You play as Ethan Brady, a new recruit in the resistance that's shoved into a spotlight role once resistance hero Benjamin Walker is captured during a mission. Why? Simply because he's there it seems. It seems like one minute members of the resistance are threatening to kill you because they don't know you and the next you're running some of the biggest and most dangerous missions around. It's sure not his charm, Brady is a voiceless shell of a character who seemingly just exists to be a character in a first person shooter. The game's plot itself is similarly in how it's devoid of character, there's little to no plot growth beyond what's already been established and there's really no central bad guy to hate besides nameless patrols.

All this would be secondary though if Homefront: The Revolution was a solid shooter, but sadly it's not. To be fair, it's not that there's anything really bad about the shooting mechanics here, they're just incredibly underwhelming. Guns mostly sound and feel the same even with the cool modification system that finds you using resources you find along the way to create new additions to your weapons. Enemies aren't really bullet sponges and there's some pretty cool death animations when you do shuffle troops loose from this mortal coil but much like the rest of the game it's all just so uninspired that once you get past one they all feel the same. There are some bigger set piece moments centered around fighting off armored patrols and those feel different enough but boring after while as well.

...visuals that are filled with glitches... 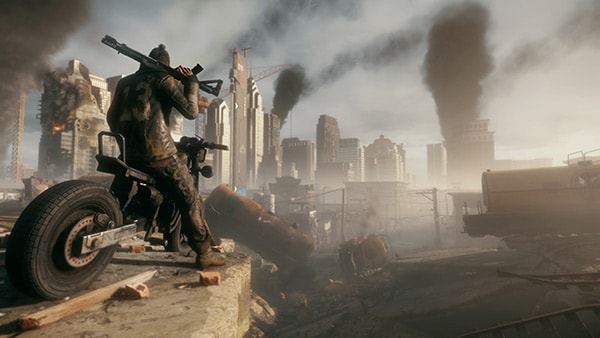 A major portion of the game can be played with a focus on being stealthy but even that has it's fair share of major problems. There's no real rhyme or reason for whether the enemies can see you or not. There were times when I could run past an entire patrol of guards and not be noticed, even while taking shots at guards as I go by (when I was seen I just merely had to run a few steps away and they would seemingly forget I was there). On the flip side I swear there were a few times I was on the other side of a wall and I was still spotted by guards. It's this inconsistency that haunts Homefront: The Revolution at nearly every turn; including it's visuals that are filled with glitches and the framerate that dips to unacceptable levels far too often.

Homefront: The Revolution is truly the sequel that no one asked for and now that's it out, it's unlikely that anyone will be asking for it for a long time. Deep Silver will surely patch the technical issues but they won't be able to patch just how uninspired the vast majority of the game is. There are far better shooters on the market than this and there's almost no reason to play Homefront: The Revolution.

Overall: 4/10
Presentation:
6
Gameplay:
5
Lasting Appeal:
6
CHEATfactor:
7
CHEATfactor
CHEATS USED: Unlock All Items, No Reload, Unlimited Health, more
Much like the game itself, the trainer for Homefront: The Revolution isn't bad, it's just what you'd expect. Cheats like unlocking all items, no reload, unlimited health and unlimited ammo. They're all cheats that I'll use but I can't help but feel like the trainer would be better for a game that at least tried to be more than it is.