Welcome to our CHEATfactor Game Review of XCOM 2. We review the game and then factor in how the available cheats affect the overall game experience. For better or worse, our reviews will help you decide whether or not to use cheats when playing the game.

Much like it's predecessor, XCOM 2 is sure to take years off of my life. In the few days I've been playing it for review I've already mourned way too many soldiers and stressed far too much about moves that could put what's left of the human race in danger. XCOM 2 takes the formula set by Enemy Unknown, keeps what worked and throws in enough change to make things feel feel fresh and new. Above all else, XCOM 2 retains the addictive battle system that made the original reboot such a classic to begin with.

...there's always a sense of desperation... 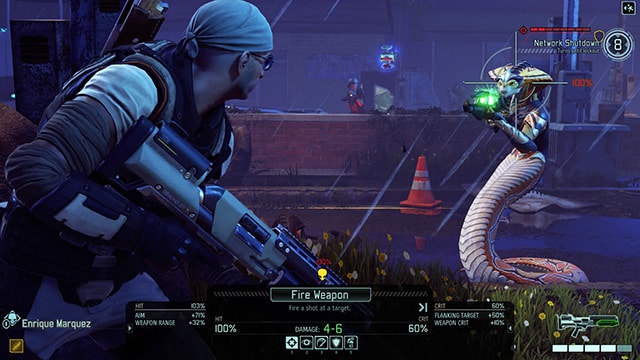 Taking place years after the events of XCOM: Enemy Unknown, humanity has lost the war against the invading alien race and the sequel finds a group of ragtag guerrilla human soldiers looking to drive back the resident alien overlords. Having no government agency to police your squad means that your character's personality has an even bigger effect on your gameplay. My shoot first and ask questions soldiers were always wild cards that never failed to make even the most mundane battles all the more exciting. Sure, there's a voice in your ear advising you of changes on the battlefield from your base but there's always a sense of desperation to XCOM 2's world.

If you were a fan of the original XCOM or it's reboot you're in luck because nearly everything that made those games so special makes a return here. The core gameplay experience remains mostly untouched - battles take place on a grid system and players are governed by a two turn system. With the threat of perma-death hanging over my head, nearly every step I took in XCOM 2 felt like I ankles on my weights. I knew that every move could be one of the last for even my well leveled troops. I'm not ashamed to admit that I screamed more than a few times when my promoted soldiers met their untimely end and made my wife wonder just what was happening. This in essence is what XCOM 2 is all about, and it's mostly a good feeling.

XCOM 2's missions are a far more strategic experience if you can believe that. A much more varied crop of enemies means that you'll need to go in to most battles with a plan and eliminating key enemies quickly becomes an increasingly good idea. One of the first missions in the game has you racing to secure a piece of combustible alien technology before it explodes, so my original idea was just to clear the way before advancing on the target point, but that changed when I saw that one of the enemies had the ability to resurrect fallen soldiers. This is when XCOM 2 is at it's best when it constantly makes you change your gameplay on the fly. The game never ceased to amaze me with the different types of enemies it would throw at me. Much like it's predecessor, XCOM 2 can be crushingly difficult at times, and it can be too much for some but I couldn't help but dive right back in each time I heartbreakingly failed.

The XCOM reboot from a few years back is easily my most played game on Steam, and that created a bit of a problem since I ended up near memorizing where alien enemies would come from or where the best resources could be found. With XCOM 2 that's less of an issue since most enemy movement and locations are much more varied this go-round. This of course leads to an even more strategic experience as every move must now be taken carefully. No longer able to move quickly where I know where enemies won't be, I spent a lot of time overlooking the battlefield before making my next move. I never felt cheated out of anything in XCOM 2 and that's a big accomplishment in a game that puts so much emphasis on strategy.

...a much higher level of customization... 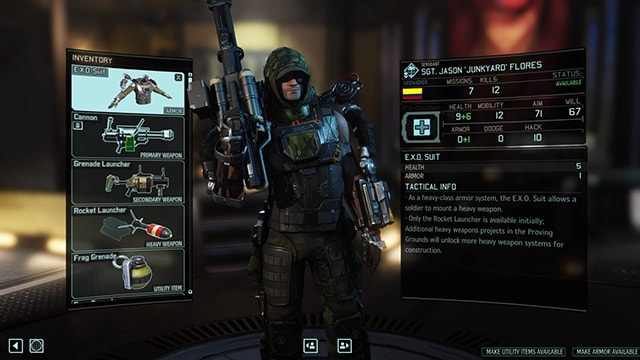 There's also a much higher level of customization in XCOM 2 than in it's predecessor. While most of my soldiers ended up looking and acting mostly the same, the creation engine here is much more robust and allows for some pretty cool combinations. Much like before you'll  be able to customize everything from your soldiers name to the color of his armor but the amount of choices here are what makes XCOM 2 stand out. My initial squad of PeeWee Herman, Neal Degrasse Tyson, Wayne Gretzky and Hulk Hogan were a formidable force and just as varied as you may think; I especially liked Hulk Hogan's hot pink armor and weaponry. What's most impressive about all of this is that with mods we're only going to get more content. I mean, how can you not like a Corgi gun?

XCOM 2 is not without it's problems though, as I've encountered more than a few bugs that either stopped my progress completely or directly effected my ability to complete the mission. While the former was luckily few and far between, bugs that inhibited my progress were much more common. The most common was one that prevented me from seeing certain sections of buildings I had to go in to, leaving me open for attacks. These will likely be patched before long and they didn't happen each time I played the game, but as of right now they are prevalent enough that they'll effect your game.

With XCOM 2, the key word is more. It takes everything that made the original reboot such an instant classic and adds more to it. This is a sequel that's more inventive, more customizable and more strategic than ever before, and it's a damn good game as a result. The difficulty of it all and some of the glitches may keep some away but XCOM 2 is easily an early contender for game of the year.

You're going to need a whole lot of brains, brawn and even a bit of luck to be successful in XCOM 2, but if you're ever missing any of those don't fret, you'll still have the trainer from Cheat Happens which gives you a ton of great options to help. How can yo complain about a trainer that gives you unlimited moves, or the ability to expose the map completely? This is all on top of cheats like mega health, armor and aim (trust me, you want that one).

Stick with Cheat Happens for more cheats, secrets and trainers as they become available!