Welcome to our CHEATfactor Game Review of Sniper: Ghost Warrior 3. We review the game and then factor in how the available cheats affect the overall game experience. For better or worse, our reviews will help you decide whether or not to use cheats when playing the game.

What it is:  A sniper game that fittingly enough doesn't have enough focus to be successful. While it does take steps to distinguish itself from previous games in the series, Sniper Ghost Warrior 3 frequently misses it's mark thanks to terrible production values, bland gameplay and glitches that make the game straight up unplayable at times. With great games like Sniper Elite 4 currently available I find it hard to understand why anyone would play Sniper Ghost Warrior 3 at all.

You have a good amount of freedom... 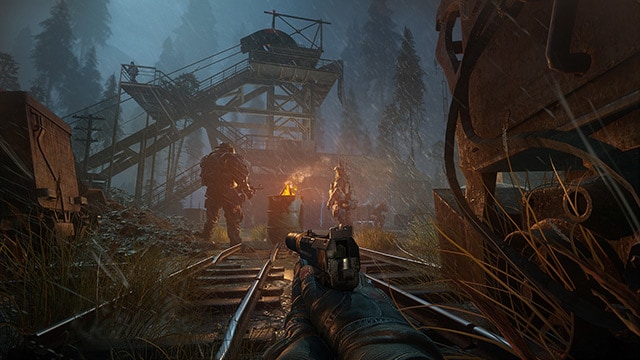 It's much more open than the previous games in the series: One of the biggest knocks against the Sniper Ghost Warrior series has always been how linear it is and the latest game does a great deal to rectify that. The game takes place in the country of Georgia and it's really an expansive map; sure it's not going to challenge some of the bigger name games but it's definitely a step in the right direction for the series.  You have a good amount of freedom to complete most objectives in varied ways and it can be a lot of fun to experiment with the different technology and tools you're given access to. Though the notes the game plays are familiar, it should be commended for playing those notes well enough I guess.  Sniper Ghost Warrior 3 feels like it just does enough to get by and be entertaining at the same time.

Varied objectives and gameplay styles: Sniper Ghost Warrior 3 also benefits from having varied objectives and playstyles from mission to mission. Your main goal is always the same, eliminate your target but there are secondary goals and tiered objectives to attempt to achieve throughout your missions. Of the three play styles, sniper is what it sounds like, ghost rewards you for using stealth to take out your enemies and warrior let's you go in guns blazing. You'll get XP rewards to unlock different weapons and skills but you likely won't use much besides your stock sniper rifle and pistol throughout most of the game.  Each mission does give you secondary objectives like retrieving intel or resources that will help boost your XP as well.

It's the plain bologna sandwich of games. 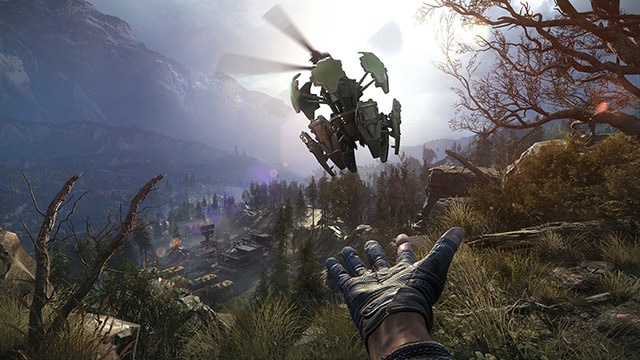 Uninspired visuals/gameplay:  So you may have noticed a trend here; Sniper Ghost Warrior 3 is just good enough to be ok. It's not great and there are many other games that easily do what Sniper Ghost Warrior 3 tries to do. In fact, there's pretty much nothing here that hasn't been done before. Take a little bit of games like Far Cry, free roaming from the millions of third person, open world action games and the sniping ability of Sniper Elite and you've pretty much got the recipe for Sniper Ghost Warrior. It's the plain bologna sandwich of games.
The same can be said for the game's visuals which seem incredibly dated.  Textures, especially those in the the environment are extremely muddled even on higher end machines.

It's kind of a glitchy mess: Unfortunately the game's biggest problem is how unstable the whole thing is. Multiple times I would climb a ledge to try to get a better vantage point only to morph into the environment itself. There were also more than a few times where the game just quit unexpectedly or worse, refused to let me go on for no apparent reason. Unfortunately Sniper Ghost Warrior 3 is a muddled, unstable mess of a game.

Conclusion There are a million other games that successfully do what Sniper Ghost Warrior 3 tries and ultimately fails to do and it boggles my mind why anyone would willingly pay for a game that seems so uninspired and dated. If you truly want to play a sniper game, do yourself a favor and play Sniper Elite 4; it's unquestionably a much better game.

Overall: 5/10
Presentation:
5
Gameplay:
5
Lasting Appeal:
4
CHEATfactor:
9
CHEATfactor
CHEATS USED: Unlimited Health, Unlimited Sprint, Unlimited Silencer, more
Normally when you get a game that’s as big of a letdown as Sniper Ghost Warrior 3, the trainer can’t do much for it but that’s not the case here. There are a ton of features in the trainer that allow you to literally open the game up to play it in the way you want to. Unlimited health, sprint, unlimited silencer, unlimited drone battery...these are all cheats that can truly make the game your own. Stick with Cheat Happens for more on Sniper Ghost Warrior 3 and all of the hottest games.

Joe Sinicki
Joe started off writing about video games for small fan sites when he realized he should probably do something with his communications degree and didn't want to get into the grind of daily reporting. Joining the team in late 2008, Joe is the featured game reviewer for Cheat Happens, producing up to 10 CHEATfactor Game Reviews per month.
Cheat Happens Premium
* Access PC trainers and exclusive content
* Updated game trainers and cheats daily
* Get notified when new cheats are added
* Request which games get new trainers
* Priority support with any problem

GET YOUR PREMIUM MEMBERSHIP