There's a quiet revolution happening and your living room is the battleground.  While gaming mainstays like Nintendo, Sony and Microsoft have a solid footing in the battle for gaming dominance, Valve, yes that Valve is quietly making it's own big in the form of an interactive arms race, but it's an uphill battle for sure. Can Gabe's gaming company stand with the industry heavyweights? We examine how they can…and how they can't.

For the uninitiated, Steam is not exactly a new comer to the gaming world, but it is a newcomer to this war. Developed by Valve and released in 2002 as a means to push updates to it's titles faster than established means, Steam quickly became the go to platform for PC gamers. It hit at almost the perfect time. According to research, Valve found that nearly 75% of it's established consumer base had access to a high speed internet connection, and they would be able to deliver content, both theirs and by other developers faster and more efficiently than traditional retail sources. As of earlier this year Steam has a library of almost eight thousand games for platforms like Windows, OS X and Linux and over one hundred million active users.  Compare that with the forty-eight million active users reported by Microsoft for it's Xbox Live service (reported at the same time earlier this year) and it seems like a no brainer that Steam make a run for a larger platform.

...awareness is clearly one of Steam's biggest issues. 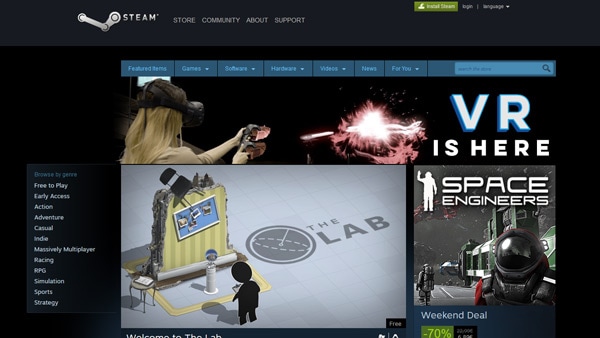 But it's not really that easy. While video games and "gamers" have enjoyed a world much more accepting of their hobby and culture in recent years, PC gaming still has a stigma attached to it. While consoles like the Xbox One and PS4 feature slick media campaigns and a huge amount of support, most still see PC gamers as almost the complete opposite. Don't think that's an issue? One of Steam's biggest problems could be convincing the everyday person that their system or their box is worth more than the competitors, and that could be a lot harder than you think. Go into any retail store that carries video games. What do you see? Large displays showcasing the latest and greatest console games. Posters, pre-order incentives; you name it, it's there. Where is the PC section? Usually tucked away, near the corner. While some stores have more than others, awareness is clearly one of Steam's biggest issues.

As someone who owns each of the current gem-systems as well as a moderately powerful PC and appreciates them all, I understand how a PC could be a better choice than a console for most. Latest games? Check. Huge catalogue of older games at a discounted price? Check. There's a lot that a PC can offer, and Steam can be at the forefront of that, but that's not the perception of PC gaming, and that'a major problem. Another issue is the fact that not everyone is completely sold on digital distribution, which could have a major impact on how casual consumers view Steam and it's huge catalogue of games. Even though the sale of digitally purchased games has been growing (so much so that publishing giant EA said that nearly half of it's yearly revenue last year came from digital purchased games and goods), the average consumer still prefers to go into a store, pick up a game and purchase it. There's a substance to physically purchased games that's missing from those purchased digitally, even if as we've seen before, a good portion of the physical copies just feature codes to unlock the game on services like Steam.

Steam has been trying though to make their presence in the market more clear and that comes in the form of a slew of products meant to be used more in the living room than in a home office or separate computer room. The first of these products is the Steam Link, which acts almost as a bridge between your PC, running Steam and your television. It's connected via an HDMI port and in theory that's all you should need to get Steam running in your living room. Whatever you're running on Steam on your PC gets sent to your TV. While it is the easiest way to connect to the service in theory, in practice it's less of a success. For our initial sessions with the Steam Link for this article, the unit was hardwired, directly to the TV and then directly into a high speed modem. While there were a few hiccups the connection was mostly superb and allowed for decent play sessions for simple games like Nuclear Throne and Stardew Valley, more graphically demanding titles like Dark Souls 3 and Black Ops 3 had a harder time keeping up with the connection. Don't even try to play over a Wifi connection, it was almost unplayable even for the lighter games.

...a tough sell for most casual consumers. 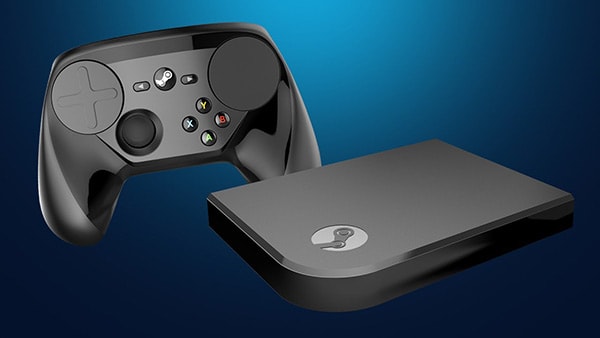 The answer then seemingly lies in the other option, the Steam Machines. Essentially smaller computers meant to only run the Steam OS, these machines are powerful and are your best chance at bringing the Steam experience into the living room, but they can prove to be a tough sell for most casual consumers. They may like options, but the sheer amount of them could be intimidating for someone who doesn't quite know what they're looking for. There are currently a number of Steam machines available for purchase, ranging from $500 to well over $1000. While the benefits of spending a bit more up front may be clear to you and me, it may be hard to convince a mom, buying a new game system for her son's birthday to spend the extra little bit of cash, especially when Sony, Nintendo and Microsoft's consoles keep getting price drops.

Steam also recently launched it's own controller for use on anything currently running Steam and while it does offer some pretty great brand awareness (you can still use a number of different controllers including Xbox One and 360 controllers, the current standard for PC games), it's less of an instant success than you may think. The Steam controller is a peculiar beast, filled with different options and customizable features but it can take a good amount of time to find a good layout for games. The controller features one thumb stick, two touch sensitive trackpads and a good amount of face buttons, all which can be fully customized to do nearly everything in any game. It's meant to be a bridge if you will between gamepad controls and mouse and keyboard controls. There are even user created layouts that you can download into the controller and test out.  The controller works better for some games rather than others and it can be hard to find a good layout, especially for first person shooters and third person adventure games. The controller doesn't match the satisfaction of a mouse and keyboard for me, in fact it doesn't even come close.

So just how does Steam get more of a market share and sell more units? The same way console makers have been doing it for years — big name games. While you can make the point that Steam gets a vast majority of the big name games in it's library at the same time that they launch on consoles and some even earlier, that may not be enough. There needs to be a Steam exclusive killer app, a game that you can only get on the service so you have to come to Steam to play it. A game that makes you want to show all of your friends so it has to be on the biggest screen in the house. Sony has Uncharted, Microsoft has Halo and Nintendo has the Mario and Zelda games. What does Steam have as of right now? Steam OS needs a game like Half Life 3 to launch as an exclusive. I know, I know…

Discuss this article on our Message Boards

Article: The Cost of Free to Play Games