Welcome to our CHEATfactor Game Review of Outlast 2. We review the game and then factor in how the available cheats affect the overall game experience. For better or worse, our reviews will help you decide whether or not to use cheats when playing the game.

What it is:  The sequel to the surprise hit horror game of a few years ago. The team at Red Barrels has taken an 'if it's not broke, don't fix it' attitude with Outlast 2 and it's mostly a successful choice. For most of the experience, Outlast delivers on the thrills and is a damn scary experience, especially when played at night with the lights out and surround sound headphones on. It may suffer from some logic and pacing problems but that doesn't stop Outlast 2 from being one of the most terrifying interactive experiences I've ever played.

...you can literally feel space closing in... 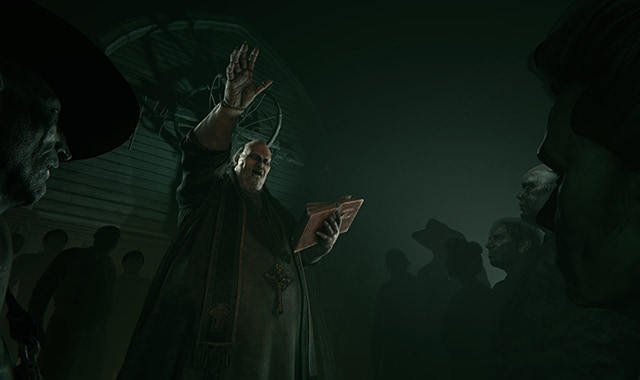 It's downright scary: With Outlast 2, the series ditches the somewhat cliche rundown mental institution for a brand new setting. The game takes place in the Sonoran desert and you play as plane crash survivor Blake Langermann, who is searching for his family. It's deep south type scares and we've seen them a fair deal but Outlast 2 does a great job creating it's own unique and creepy atmosphere. It's a safe bet that everyone has at least a slight fear of one of two things, wide open, unknown spaces or tight, claustrophobic ones and Outlast 2 does both very well. There are sections in the game that take place in places like schools and churches where you can literally feel space closing in around you but then there are also sections where the game takes place outside and you somehow lose some of that safe feeling knowing that something can come at you from anywhere.

Outlast 2 is unquestionably one of those games that is at it's best when played in the middle of the night with all the lights off and surround sound headphones on. It may rely heavily on jump scares but they're done so well that it's more than forgivable. Much like in the first game you can not fight back from the horrors that hunt you down, you can only hide from them and while that doesn't sound fun it's definitely a unique and interesting approach. Bunkering down under a bed as a hideous monster searches for you is downright terrifying.

Awesome lighting effects: The game succeeds mainly because of the atmosphere it creates. Whether you're outside in a dimly light field or creeping down a hallway with a flickering light, Outlast 2 delivers great atmosphere thanks to some awesome lighting effects.  I was constantly questioning what was behind something or whether I saw something move or not, which kept me on my toes and invested in the game even when the main plot stalled mid-way through. I may have woken up my wife and kid a few times while playing it. Sorry honey... 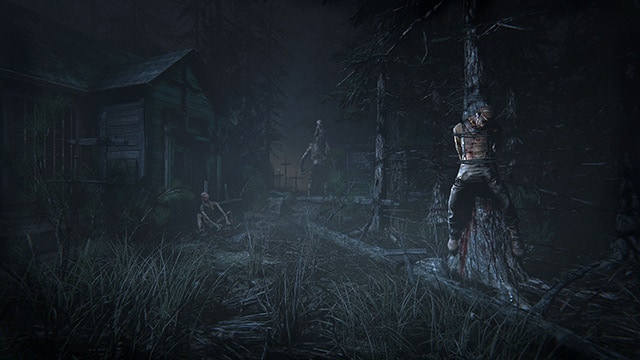 Frustrating control/mechanics:  Nothing irritates me more in a game than when it doesn't play by its own rules of logic and sadly Outlast 2 falls into that category. Say that you're running from some monster and you're trying to figure out which way to go, knowing what you can or can not go over should be everything but unfortunately it's just not that easy. You're able to mantle and climb over huge cliffs but you can't step over small rocks in that just happen to be in your way. It might seem like a small problem but it means everything when you're in the middle of the game.

Conclusion Outlast 2 may take an 'if it's not broke, don't fix it' approach but it delivers on exactly what it promises to. It's terrifying, atmospheric and mostly well paced. Most importantly it's one of the most terrifying games you'll ever play, especially in the right circumstances; in the dark, alone with surround sound headphones on.

You don't have much in Outlast 2 and it's hard to survive on your own. You have your wits and your camera and that's about it...unless you have the trainer from Cheat Happens. The trainer features a ton of options that will help you succeed against even the worst evils the game has to offer like unlimited health, stamina and battery life for your camera. These bad guys won't know what hit them when you're using the trainer from Cheat Happens.