Welcome to our CHEATfactor Game Review of Mafia III. We review the game and then factor in how the available cheats affect the overall game experience. For better or worse, our reviews will help you decide whether or not to use cheats when playing the game.

There are two very distinct ways to play open world games like Grand Theft Auto and Mafia III. The first, you'll be doing the missions and caring about the story but the secondhand I'm guessing this is where most of our readers will fall, is just trying to see how crazy you can get as quick as you can with the freedom you've been given. When I started playing Mafia III I had every intention of doing the later but something strange happened - the game made me care about what happened to the character's and their story. Thanks to fantastic writing and performances from it's voice actors, Mafia III is one of the most interesting and almost daring pieces of fiction I've ingested in quite some time but as an interactive experience it's less than successful.

The language may offend some... 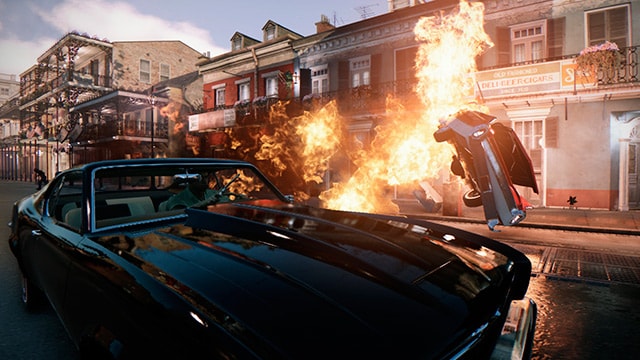 Mafia III tells the story of Lincoln Clay and his rise to power in the world of organized crime in 1960s New Bordeaux, a fictionalized version of New Orleans. He's an African American who just came back from the Vietnam war and he's trying to deal with a world that hates him despite his service merely for the color of his skin. Mafia III's story does not tiptoe with it's theme of racial hatred and injustice but rather uses it as a main source for it's story. The language may offend some but as the developers say in a note to fans before the game even starts, they thought leaving it out and glossing over it would be even more offensive to those who lived through it. Clay is a fully fledged out character, as are his family and community members who surround them. This may be a story of how Clay rose to power but it's also one that dares to try to be more and it's mostly successful; you'll care about the people, the places and the community much more than you will seeing how many cars you can wreck before the cops come to find you.

A good portion of that could be just how the story is told. The game switches between playing in the present and showing documentary style clips of people talking about the events of the game. It's an interesting way of doing things and allows you to look at things a bit differently but the true star here is the fantastic use of the game's licensed score. Some of the best songs of all time came out around the time period Mafia III is set and the game makes incredible use of them. You'll of course hear them over car stereos and radios but the soundtrack really shines when used much more organically. The game opens to Hold On, I'm Coming by Sam and Dave and your first real heist is made all the better by the inclusion of Psychotic Reaction by the Count Five. The game is filled with tons of great songs from the era and it's not just a great soundtrack, but quite possibly the best use of licensed music I've ever seen in a game before.

Unfortunately though, as an interactive experience, Mafia III is less inspired. Despite a stellar opening sequence, the game follows the same drive here, kill this person, destroy that thing formula that Grand Theft Auto 3 established over a decade ago. New Bordeaux is a fantastic setting and a great change from the countless games that use cities inspired by places like New York and LA as settings but the game does almost nothing with it. Yes, you can feed your enemies to gators and that's cool but there was so much potential in the setting that never really feels like it's been fully realized in favor of cliched genre mechanics and staples.

...guns never truly feel as rewarding as they should... 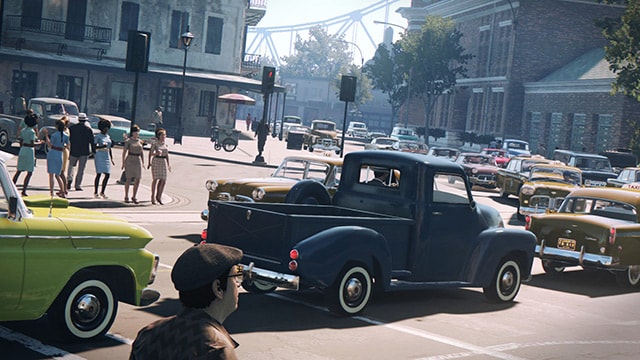 Gameplay wise, Mafia III falls into the functional but uninspired category. You'll run around, collect weapons, shoot things and steal cars, what I was most surprised by was just well the stealth gameplay fit into Mafia III. You'll often have to sneak into buildings or compounds of your enemies and the game has a cover system, which is pretty simple..one button sends you into cover and gets you out of it. It's a lot of fun and pretty rewarding to sneak through an entire section without being noticed but fair warning - it's not worth it. Every time I cleared a section without triggering a fire fight, the final section would always turn into one regardless and it wasn't long before I just started shooting everyone to save time but the game's guns never truly feel as rewarding as they should, especially after the more repetitious sections.

It's that repetition that truly kills any momentum Mafia III builds for itself. Your main goal in the game is to take out your enemies and rise to power and you'll do this mostly by killing targets and destroying cargo shipments...over and over. The first few times I did this, it was fantastic fun but the fifteenth time, not so much. The game does have a bit of a respite for this, as when you get to a certain level in the game you can hire underlings to control specific sections of the map or do certain tasks, they can even deliver weaponry or supplies to you if needed but if you devote too much time to one person the others may revolt against you and try to take you out. Mafia actually has a few great ideas like this, but each time I found one, I would find something that was missing, like fast travel - seriously, why can't I fast travel at all? The map is huge and I'm a mob boss, don't I have better things to do than run errands across town?

Despite it's best efforts to not allow me to do so, I enjoyed my time with Mafia III. It would admittedly be better as a novel or movie since the story and performances are so incredibly well done with the interactive bits being far less successful, but Mafia III is still more than worth your time.

Overall: 7/10
Presentation:
7
Gameplay:
7
Lasting Appeal:
6
CHEATfactor:
10
CHEATfactor
CHEATS USED: Teleport to Waypoint, Unlimited Sprint, Unlimited Ammo, more
Mafia III may be lacking in the innovation department but it's trainer from Cheat Happens is definitely not. One of my biggest issues with the game was how it doesn't have any sort of fast travel but that's addressed with the teleport to waypoint cheat. The trainer is also full of great cheats that allow you to open up the game in great ways like unlimited sprint, health, cash and ammo. Hey, you're a crime boss...it's not like you're supposed to be playing fair.