INTERESTED IN WAGERING ON E-SPORTS? BETUS IS OFFERING A A RISK-FREE BET FOR NEW PLAYERS!
We have 27,277 trainers for 6,743 Games. Get them all with Cheat Happens Premium!
LOGIN | SIGNUP

Welcome to our CHEATfactor Game Review of Resident Evil 7. We review the game and then factor in how the available cheats affect the overall game experience. For better or worse, our reviews will help you decide whether or not to use cheats when playing the game.

What it is: The latest entry in the long running survival horror series. Resident Evil 7 takes a lot of chances and most of them pay off remarkably well, though some of them fall flat. It's a game that feels like both a reboot and a faithful continuation of the series and it's easily the best game the franchise has seen in years. In short, the seventh numbered game in the series feels like Resident Evil without all of the baggage. 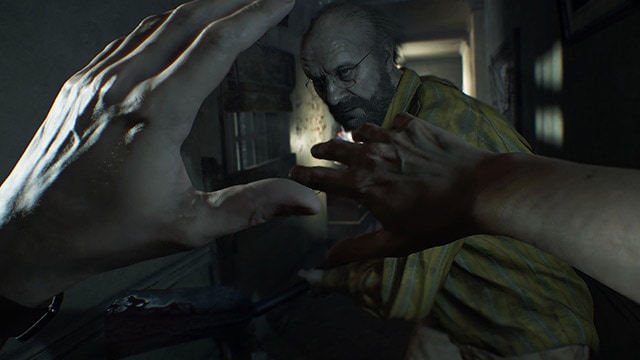 Back to basics: When it first launched, Resident Evil was much more survival adventure than the action series it's become, and this new game thankfully goes back to those roots.  Here, you're going to be doing much more searching and sneaking than shooting and killing (though there's that too). It's a system that may bore some gamers but it instantly took me back to the first time I played the original Resident Evil and it's fantastic. The new setting is interesting and serves as both a reboot and a throwback at the same time.

It can be downright terrifying:  Make no mistake about it, Resident Evil is also a horror game and this is the best example of it in quite some time. Resident Evil 7 is a game that's best played in the dark, by yourself with surround sound headphones on. The game gets rid of the over the shoulder viewpoint from the previous games in favor of a claustrophobic first person view and the the series is better off for it. Making your way through the compound, you're always looking behind you and creeping around corners because the game knows what it takes to scare you. I'm sort of ashamed to tell you how many times my wife had to ask if I was ok from the other room while playing through Resident Evil 7 because of my very manly and not high pitched at all screams. The developers have obviously taken cues in their tone, setting and humor from things like American Horror Story and it works extremely well.

The Setting works really well:  Previous Resident Evil games had great settings but even the mansion in the first game seemed to exist only for you to either explore or be killed in. The Baker compound is different and it feels incredibly lived in.  There's a lot to explore and interact with here and the more you dig, the more you find out. It's fascinating to find the little traces of humanity sprinkled throughout and you're always wondering if everything is a clue to the bigger puzzle in the game. There's some weird stuff to find here and some great moments if you're able to sit through it all. 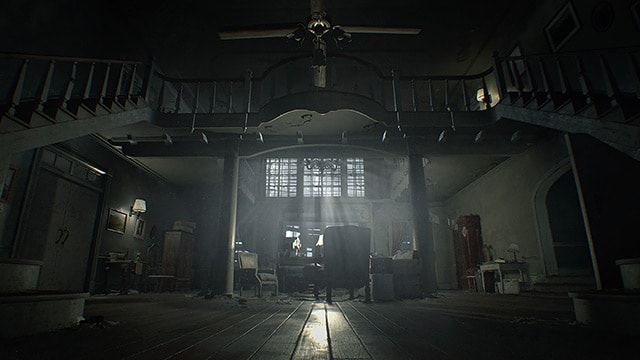 It sometimes relies too much on horror tropes:  For all that Resident Evil 7 does right (which is a lot), it also dips it's toe in the cliche pool a bit too much. The game relies almost too heavily on horror tropes and gimmicks. As well as it's done, the whole idea of the Baker family, the redneck monsters are lifted from several popular horror movies and franchises and it shows. The worst part of this though is when the game is firing on all cylinders; everything is coming together to form this remarkable experience and then the game reverts back to those cliches, taking you out of the experience entirely.

It's a bit of an uneven experience:  The first half of Resident Evil 7 may be one of the best survival horror games I've ever played, but unfortunately I can't say that about the second. In the first half you're figuring out the rules, where you are, what you can and can't get away with. Everything is new and you feel like literally everything can kill you. The second half of the game introduces one new enemy type, the Molded and while they're freaky at first you see so many of them that they become common place and the only thing you really had to worry about is the sheer number of them.

Conclusion: In the last few years the Resident Evil series has been going through a bit of an identity crisis and Resident Evil 7 is both the answer and a further complication to that crisis. It's at times both a delightfully terrifying and  run of the mill experience. It's easily the best Resident Evil game in years but that's almost despite it's own missteps.

Overall: 8/10
Presentation:
8
Gameplay:
8
Lasting Appeal:
8
CHEATfactor:
8
CHEATfactor
CHEATS USED: Fast Movement, +999 of Inventory Item, Freeze/Deactivate Enemies, more
When you're up against a family of maniacs, you need all the help you can get and the best tool you can use is easily the trainer from Cheat Happens. Featuring a number of remarkable cheats including the ability to move quicker to evade enemies, collect a large number of items needed to get out alive and even freeze the enemies that pursue you.