Welcome to our CHEATfactor Game Review of Titanfall 2. We review the game and then factor in how the available cheats affect the overall game experience. For better or worse, our reviews will help you decide whether or not to use cheats when playing the game.

Titanfall 2 is the game I wanted to play when the original launched over two years ago. It does what any great sequel should, expand upon the lore and mechanics of what came before it to create something that feels new but still familiar enough to the original to please returning fans. While some of the ideas don't work nearly as well as they should, others soar and make Titanfall 2 feel different than most other shooters on the market. Fans of the original or just plain cool shooting mechanics won't be disappointed in the world Respawn Entertainment have created. 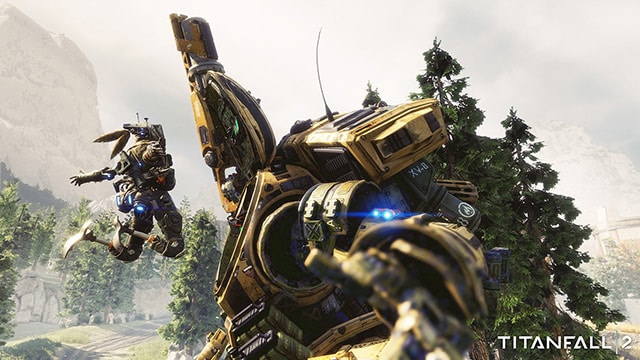 Much like its predecessor, Titanfall 2 is a multilayered beast. The on foot sections behave much like you'd expect a modern first-person-shooter to, which should be expected since the game is from the development team originally behind Call of Duty. Where Titanfall really stands out on it's own is the second layer, which introduces giant weaponized mechs that can be piloted and taken into battle. The changing battlefield is dynamic with the introduction of the Titans and the tide can turn quickly from a slaughterfest to a battle of David VS Goliath that's remarkably satisfying on both sides. It feels really badass to jump into the cockpit of these mechs and lay waste to the battlefield and the only thing that may feel better is taking a titan down with high powered artillery.

The biggest addition from the original Titanfall to its sequel is the addition of a dedicated campaign mode that's actually worth playing. The original technically had single player content but it was pretty much just the multiplayer with the thinnest layer of storytelling possible. Titanfall 2 fixes that in a way, adding a full story mode but if you're looking for shakespeare you're going to be disappointed. The story of stranded pilot Jack Cooper and his trusty titan buddy is a safe one and features cliched antagonists with Saturday morning cartoon motives. There are some cool moments here and the game does a great job exploring the relationship between pilot and titan with some fun and sweet moments but be warned, some of the jokes are groan-worthy.

What the campaign lacks in prose though, it more than makes up for in spectacle. Titanfall 2's campaign is filled with gigantic set piece moments that grip your attention and refuse to let go. Going through these moments in campaign is remarkably fun and thrilling, especially when it switches tracks rapidly towards a different tone like the old school boss fights.  Surprisingly the game isn't afraid to turn down the volume though and those moments could be where Titanfall 2 shines the most, at the very least they make you appreciate the level of bombast in it's bigger sections. The original Titanfall featured some of the most fluid movement in any first person shooter, and in that regard, the sequel does not disappoint. There are entire sections that are more platforming than shooter and it's when those two genres meld that Titanfall is truly at it's best.

...a bit disappointed at the lack of customization options... 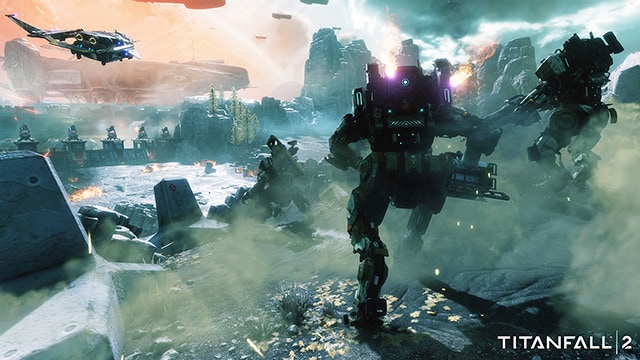 I do have to admit though that I was a bit disappointed at the lack of customization options for your Titan. While Titanfall 2 does away with the cookie-cutter Titan builds specifically built for certain situations in favor of more dynamic builds, I wanted to make a Titan that was my own. There are paint schemes you can change and the loadouts are customizable but I couldn't help but feel like if this is supposed to be my best tool in combat, shouldn't I have a little more control over what it has and does?

Though Titanfall 2's campaign mode may be its newest attraction, its biggest is unquestionably still the multiplayer suite. There aren't any major changes to speak of but what's here has been fine tuned to create a much more dynamic, well-rounded experience. Titanfall 2's multiplayer is fast and frantic and the addition of Titans to the battlefield which are more customizable than the single player modes are much more like superheros and can really change the way you'll play the game. The game's multiplayer beta from a few months ago got a lot of flack for the multiplayer feeling a lot like Call of Duty and less like Titanfall but the more you play the more Titanfall 2 creates an identity all its own.

Titanfall 2 isn't going to change the opinion of anyone who hated the first game but it is a significant improvement over it. It's a got a remarkably fun multiplayer mode and a much more dynamic single player campaign. I didn't expect it to be but Titanfall 2 is one of my favorite shooters of the year.

Overall: 8/10
Presentation:
7
Gameplay:
8
Lasting Appeal:
8
CHEATfactor:
8
CHEATfactor
CHEATS USED: God Mode, Unlimited Ammo, No Reload/Grenades, more
The Titans in Titanfall 2 often feel more like superheroes than weapons so why not go one step ahead and turn your Titan into a god? Using the trainer from Cheat Happens your Titan can become an unstoppable force of chaos. Combining cheats like god mode with unlimited ammo/grenades and no reload can make even the game's toughest boss fights that much easier. Stick with Cheat Happens for more cheats and trainers for Titanfall 2 and all of the biggest games of this year as they become available!